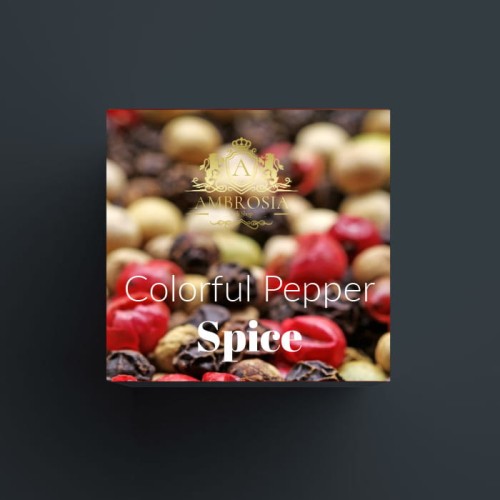 Color grained pepper is a carefully selected blend of black, white, green and red pepper. The color of the peppercorns depends on when they are harvested and on the subsequent treatments they are subjected to. Colored grained pepper is a composition of sharper and milder flavor notes that will satisfy the most demanding gourmets. It not only gives the dishes a sophisticated character, but also emphasizes their attractive appearance.

The mixture is recommended for baked, fried and grilled dark meats, such as beef and game. Perfect as an addition to vegetable dishes. We usually add the colored peppercorns at the beginning of the preparation of the dish. We can also use it as a sophisticated decorative element of the dish.

No idea for a dinner? We recommend : Pork tenderloin in colorful peppercorns with sweet potato puree

Do you know that…?

The basis of Polish cuisine straight from Asia

Pepper is a spice that has been present on Polish tables for many generations, but is universal enough to be found in dishes from regions all over the world. Perfectly improves the aroma and appearance of dishes, and what's more, it combines the best features of all types of pepper, perfectly balancing the taste.

He came to Europe from the Far East thanks to Alexander of Macedon and took root here perfectly, becoming over the centuries an almost obligatory addition to every prepared dish. Pepper is a plant that climbs upwards around specially prepared poles, even up to 15 meters high.

It is difficult to find a dish that does not have a pinch of it. Colored pepper is valued in the cuisines of many regions around the world. Typically, this type of pepper is added to the same dishes as its black counterpart.

It goes well with various soups, stews, meat, fish, pickles and salads. It can also fulfill decorative functions due to the multicolored seeds with intense colors.

How to use colored peppercorns in grains?

Colored peppercorns should be added to the dish when cooking or frying the dish. Thanks to the high temperature, the beans will dissolve and release all their aroma. What's more, you don't have to worry about losing all the properties of this spice.