May we introduce: Sir Earl Gray. He comes from an English noble house and is a really lively guy. It just bubbles with lust for life and smells heavenly. He would actually be the perfect son-in-law - if it weren't for a tiny problem: It's a tea - and unfortunately it's already taken. 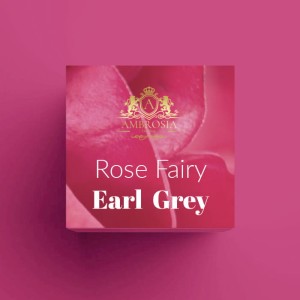 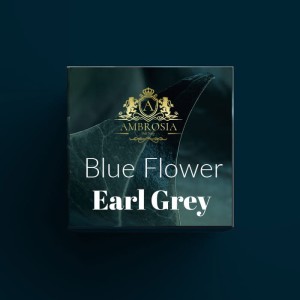 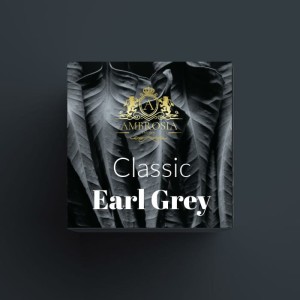 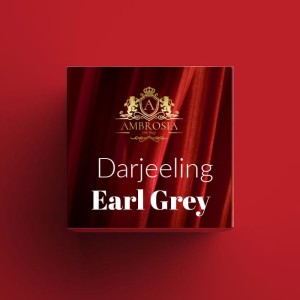 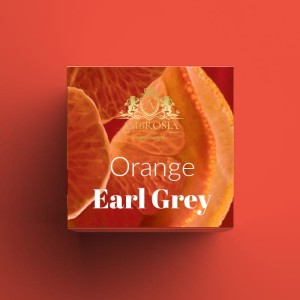 Earl Gray tea is always a flavored tea. The basic tea is usually black tea from Ceylon, China or Darjeeling. Earl Gray tea is also available on the market today with green tea, white tea or rooibos tea. What makes the tea so distinctive is the added aroma: The fruity oil of bergamot, a Mediterranean citrus fruit, tastes fresh and lemony and gives the tea its world-famous and popular aroma.

The legend: How the oil got into the tea ...

Legend has it that tea was discovered in a shipwreck: Whether or not Charles Gray, Second Earl Gray (1764-1845), noble politician and Prime Minister in England, was on board himself or not - it is debatable. In any case, a ship was transporting Chinese tea to England, it got caught in a violent storm and the loaded crates fell into disarray. A shock! The good black tea was spoiled with bergamot oil. Or maybe not? Because Earl Gray should not have had the heart to simply throw away the expensive tea, he gave the oil-soaked tea leaves a second chance and tried the mixture ...

The reality: of monopolies and moderation

In reality, it is very likely that the whole thing happened much less spectacularly: During his time as Prime Minister, Charles Gray lifted the price monopoly of the East India Tea Company. It could have happened that Chinese tea traders named their black tea after the earl in order to make economic profit from it. And how did the oil get into the tea? Quite simply: Bergamot oil was drizzled over the black tea from China to protect it from the musty, tar or fish odor on the month-long voyage to Europe.

What would Earl Gray tea be without bergamot: The citrus fruit - probably a cross between a lemon and the bitter orange - originally comes from Asia. It may even be Christopher Columbus himself who brought the bergamot to Europe. Today the plant grows mainly in southern Italy: Calabria and Sicily in particular have specialized in the production of bergamot. The southern Italian fruits are by far the best and most expensive. They cannot be eaten pure, their scent and taste are processed in a variety of ways: Whether as a top note in fragrances, in candies or jams, juices, schnapps or liqueurs ... and last but not least: as an oil in Earl Gray tea.

“Is it real ?!” - you should pay attention to this when buying

Earl Gray is by far the most successful flavored tea in the world. It accounts for around half of the flavored tea sold. With some teas that are sold under the name "Earl Gray", however, tea connoisseurs can only shake their head. Artificial flavors are often added to the tea, which would never achieve the fine taste of a real bergamot. The teas with bergamot aroma can often be recognized by their particularly strong, almost intrusive citrus taste. The typical, complex scent and fine taste of a good Earl Gray tea is only created when using real Italian bergamot. You will only find this real bergamot oil in the Earl Gray teas in Ambrosia Store. We use one of the best and most expensive bergamot oils from the Italian region of Reggio in Calabria. It's not for nothing that our Earl Gray teas have been popular with tea connoisseurs around the world for many years.

Like every black tea, Earl Gray has an invigorating effect: Its caffeine helps us get over midday fatigue and not only stimulates the metabolism and circulation, but also our brain and heart. In addition, there is the mood-enhancing effect of real bergamot oil. From aromatherapy in particular, it is known that citrus fruit oil can greatly improve our well-being. So with every glass of Earl Gray, our mood rises too!

Whichever Earl Gray variation you choose: To make your afternoon “tea time” a truly royal success, here are a few tips on how to prepare the blue-blooded tea.

Earl Gray - preparation with or without milk?

The Irish like to drink black tea with milk, as this binds the bitter substances in tea. So why not drink Earl Gray, a typical English black tea, with milk? "Old-school" tea drinkers advocate pure taste: no sugar, no milk, no lemon - pure enjoyment. Of course, the Earl Gray also tastes good with a small dash of milk, a little honey or a slice of lemon. Nevertheless, one should be careful that the additions do not mask the fine bergamot aroma. Just try what you like best. Because that's all about enjoyment.

Last but not least: the earl and his lady

At the beginning of the 1990s, Earl Gray tea found its great love on the tea market: Lady Gray. The British tea maker Twinings created a variation of Earl Gray that contained less bergamot oil and tasted less strong. The Lady Gray, named after his wife Mary Elisabeth Gray, contains cornflower blossoms, jasmine blossoms and often pieces of orange or lemon slices. It is therefore much milder and more floral in taste. Incidentally, the Earl and his Mary Elisabeth had 16 children together: eleven sons and five daughters.