Well-known Chinese red teas often come from the Yunann or Anhui provinces, where varieties such as Pu-Erh, Keemun and Yunnan are produced. 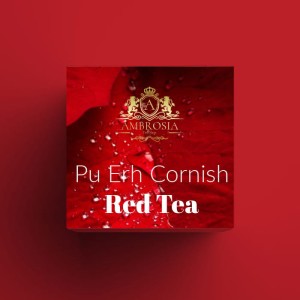 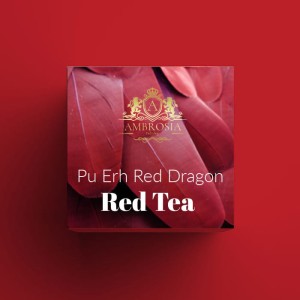 The red pu erh tea is increasingly valued in the west, primarily because of the health effects it is said to have. It is considered to be a slimming product because it is supposed to stimulate fat burning. For example, experimental tests with rats have shown that certain chemicals in red Pu Erh tea can inhibit the synthesis of cholesterol. This red tea is also said to have an antibacterial and detoxifying effect. For example, it has a stimulating effect on the liver metabolism, as an indicator is the proven accelerated breakdown of alcohol in the blood. However, these are all only indications of the positive effects of this red tea on the body, these have not yet been scientifically confirmed. Our tip: Try the red tea yourself to form your own opinion about the effect and taste of this special tea. However, you should note that you should drink a maximum of 5-6 cups of red pu erh tea per day, otherwise too much caffeine will be consumed.

The red Pu Erh tea is obtained from the so-called Qingmao tea tree, a subspecies of the camellia sinesis tea bush. This tree grows mainly in the Chinese province of Yunnan, near the city of the same name, Pu'er. The tea, which was originally still green, is exposed to high temperature and humidity for several hours after harvesting, which is how the tea leaves ferment. The special thing about this red tea is that it has a long storage period, during which it slowly ripens. This is how it develops its characteristic earthy, slightly smoky taste. The bacteria and microorganisms inherent in the tea leaf are responsible for the natural ripening process. However, a process has been developed since the 1970s to accelerate the ripening process through the artificial addition of bacteria.

Originally the red pu erh tea was pressed into bricks or flat cakes for the purpose of easy storage and transport. It is now also available to buy loose. The red pu erh tea is one of the oldest types of red tea and has probably been made for 1700 years. Cultivation was first cultivated under the Tang Dynasty (607-907), and since then Pu Erh tea has been highly valued in the Chinese tea world. But not only the Pu Erh tea is an interesting Chinese tea, the Keemun is also one of the so-called "red teas".

The red Keemun tea, Chinese: “Qi-Men”, comes from the vicinity of the world-famous yellow mountain in the Anhui province. This is best known for the many high-quality green teas that are grown here. Since the late 19th century, however, great “red teas” such as Keemun have also been made there. The red tea Keemun has hardly any bitter substances and therefore tastes extremely mild. It often has a fruity taste with a hint of floral aroma. Its leaves are long and thin with a reddish tinge. Due to its mild taste, this red tea is ideal as an afternoon tea and is very much appreciated for this, not least by the English. The red Keemun tea is therefore often part of English blends.

Another famous red tea is Yunnan, also called Dian Hong tea in Chinese. "Dian" is an abbreviation for Yunnan and "Hong" stands for the color red. The province of Yunnan is known as "the province of eternal spring" and is one of the most beautiful landscapes on earth. It offers a unique variety of plants and optimal climatic conditions for red tea.

Yunnan teas have a pleasantly fruity note, with the taste often reminiscent of subtly ripe plums. The infusion is golden to orange.

Rooibos tea is sometimes referred to as red tea because of its shiny red leaves. However, rooibos is not a tea at all, as it has nothing to do with the tea plant camellia sinesis, but is made from a small, South African bush plant that grows exclusively in the Cedar Mountains of the South African province of Western Cape. Rooibos tea contains many minerals such as magnesium, calcium and zinc and therefore has a very healthy effect on people. This "fake" red tea has a soft, sweet to earthy taste.

Red tea: varieties in our shop

In addition to the South African rooibos, red teas are primarily Chinese black teas. The best-known varieties include the red Pu Erh tea, the Keemun and the Yunnan. In our shop you will find each of these varieties in different variations. We carry the King of Pu Erh, which is of extremely good quality thanks to its exquisite leaves, but we also have the classic Pu Erh tea shop in its traditional original form. We also have a top Keemun Hao Ya, of which only a few kilos are produced in China every year. This excellent red Keemun tea is mild, aromatic and very digestible. As a representative of the red Yunnans tea, you will find a Golden Yunnan with us, a tea with many gold tips and a fine, even leaf.

The best way to prepare the red tea is to use soft, lime-free water, which should be poured over the tea while boiling. For one liter, take 4 to 5 heaping teaspoons of red tea. In China, people prefer to pour red tea freshly, cup by cup. The experience is most intense for the senses involved, as both the taste and the smell of the red tea are freshly prepared. One heaped teaspoon is sufficient per cup. High-quality red teas can be infused 2 to 3 times.

In China, the name red tea denotes the color of the tea that has been poured onto it. While the naming of the Chinese black tea is more based on the color of the dry leaf. The red Pu Erh tea presented in this report is a specialty and should definitely be tried by tea lovers.