For centuries, onion has been appreciated for its healing properties. Onion is rich in bactericidal substances and vitamin C, which makes it good for colds and improves immunity. In addition, the onion has been used as a remedy for hangovers, ulcers and scars (including stretch marks). Find out what the properties of onion have: more information at the bottom of the page 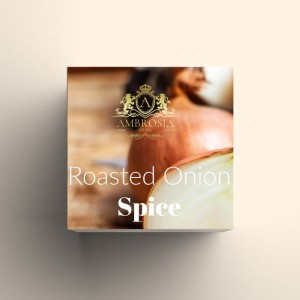 Onion is a vegetable whose healing properties have been known for centuries. In folk medicine, onion decoction was recommended for rheumatic diseases, onion syrup for colds, and smelling raw onion disinfected the nose when a runny nose and respiratory diseases were tiring.

For centuries, onions have been the most valuable medicine in combating scurvy, that is, an acute lack of vitamin C. It was taken on long voyages by sailors, merchants and whalers. And although onions are not one of the richest sources of this vitamin, its availability and effectiveness meant that it belonged to the constant provision of expeditions. It was mainly due to strong bactericidal substances that can destroy bacteria that are resistant to antibiotics. In addition, the onion husks hide phosphorus, magnesium, sulfur, zinc and silicon, so minerals that strengthen the overall resistance of the body to various infections and diseases. However, onions are not only a proven method of catching a cold.

Onions can reduce the risk of developing cancer

People who regularly eat onions (as well as garlic) have a lower risk of developing certain cancers than people who do not like these vegetables, say scientists from Italy and Switzerland. For example, eating min. Seven portions of onions a week reduced the likelihood of colon cancer by more than 50 percent. (compared to people who don't consume garlic and onions). In addition, both garlic and onion also lowered the risk of developing mouth cancer, throat cancer, kidney cancer, and ovarian cancer.

This is confirmed by scientists from the University of Hawaii and the University of California in cooperation with researchers from Germany, who argue that quercetin, a compound rich in onion, may prevent the development of pancreatic cancer.

From the rich list of valuable properties of onions, it is also worth mentioning its blood thinning and anti-clotting properties.

Moreover, onion, thanks to its high potassium content (146 mg / 100 g), may contribute to lowering blood pressure in patients with arterial hypertension.

This will be useful to you

Nutritional values of raw onions (per 100 g). How many calories does an onion have? Energy value - 40 kcal

Onion for digestion and constipation

Raw or stewed in water, it improves digestion and works against constipation. In its raw form, it is not recommended for people suffering from acute liver or gallbladder problems.
Onion after antibiotic treatment

Eating a portion of this vegetable for a few days is especially recommended after antibiotic treatment, because the onion has a fungicidal effect. To prepare it, just add water to the chopped onion and stew it slowly. Seasoned with salt and pepper, it tastes great, especially when you add 2 tablespoons of olive oil and add an egg.

Onions should be given up by people struggling with severe kidney and liver diseases, enteritis, as well as other diseases of the digestive system. Also, people suffering from heart failure should exclude it from their diet. In addition, too much onions in the diet can contribute to worsening symptoms of heartburn in people who suffer from this ailment.

Good for a hangover

Onion soup is a proven hangover remedy, as it perfectly improves the functioning of the liver strained by alcohol.

The plant hormone (glucokinin) contained in onions prevents the onset and development of diabetes in people at risk. In addition, raw onion lowers blood sugar levels and allows you to reduce the dose of insulin, so diabetics can use it without fear.

This will be useful to you

Onion after a bee and mosquito bite

Modern phytotherapy recommends applying a slice of onion for 10-15 minutes. in the place after an insect bite - wasp, bee or mosquito. Onion, thanks to its bactericidal, disinfecting and anti-inflammatory properties, will soothe the inflammatory reaction, reduce the burning sensation and pain.

How To Get Rid Of The Onion Smell?

Onion owes its characteristic, unpleasant smell to, among others with a high content of organic sulfur compounds. To get rid of it, you can lightly sprinkle it with lemon.

Onion for acne and scars (including stretch marks)

Due to its versatile action in folk medicine, it has been used in many diseases. For example, compresses made of overcooked onion have been used to treat skin ulcers, which is still effective today. It is enough to put the peeled, chopped onion into a small pot, pour water over it and simmer for 15-20 minutes, taking care not to burn it. Blend the overcooked mixture, apply the cool mass to the diseased area and fix the dressing. Sometimes treatment should last for several days until the ulcer heals. The important fact is that after such treatment, no scars are left.

Similar compresses can be successfully used for varicose veins inflammation, periostitis, frostbite, burns, boils, and acne. The introduction of such a mass rectally heals hemorrhoids. A bit of overcooked onion put on an ear pad significantly reduces tinnitus, which is so common for many elderly people. In turn, the thin film between the onion layers is an excellent antiseptic dressing.